My trip is nearly over. On Monday I begin my journey home, stopping in New York, completing my trip on Tuesday morning. There is still a lot to be processed and reflected on, but my stay here in the UK has provided a lot of time for that. Yesterday I returned from Northern Ireland. This part of the trip was supposed to be for rest, vacation really, and it turned out to be much more than I was expecting.

As we descended into Ireland I was in awe of the rolling green hills, patches being illuminated by the sun peaking through heavy clouds, while most of the land was being washed with a gentle rain. The air was cool, yet refreshing, as we walked out of the plane. A sense of peace came over me as we drove through the magnificent countryside. The rain continued to fall in spots, while the sun tried to push through the clouds. After driving a while we came to a quaint little town called Dundrum, where we would be staying for a few days. We crossed over a stone bridge at one point, leaving the town and entering onto Murlough Nature Reserve, which is where our house was located. We drove down a narrow road through trees taking on their fall colors, green pastures filled with rabbits and grazing cows, and finally we passed through a small white gate that led to Murlough House. I was stunned by the size and elegance of the house we came to that morning.

It was now raining, but the rain added to the experience. For most of the afternoon I explored the rooms of the house, going from the top floor all the way to the basement. Once the rain let up a bit I went outside to take in the Irish countryside. As I walked through the forests of green I had a ridiculous grin on my face and I even found myself running with joy at points (possibly even skipping), eventually ending up on a beach next to the Irish Sea. From there I noticed a mountain to my right. I backtracked a bit and found a trail that went through the pasture, the mountain standing majestically before me the whole way. The clouds began to lift, revealing more rolling green hills, sheep and cattle scattered throughout the land, a sky bluer than I have ever witnessed.

At this point I found myself waltzing through a grassy pasture inhabited by hundreds of rabbits. As I approached them they would scatter, rushing to their burrows, which covered the paths. I kept walking, feeling refreshed and renewed. At one point I came over a hill and noticed a castle in the distance. I really desired to walk to it, but decided to leave it for another day. This first day would be just the beginning of my exploration.

The next morning I left the house before the sunrise and as I walked the sky was painted with the most vibrant colors I have ever seen. Pinks and purples colored the sky, while the pasture came into view. As I passed over the stone bridge the water reflected the sky above, bringing out even more of the color. An otter came up out of the water and watched me pass. I waved for some reason and he popped back under the water. I set my eyes on the castle and continued my quest. I walked through the town, amazed by the old buildings, especially the churches, and I followed the signs that led to Dundrum Castle.

As I made my final ascent to the castle the grass was greener than ever before, the sky now golden. When I reached my final destination I looked around and studied the ancient walls of the castle. Before making my way home again I gazed out over the sea and the countryside. Never have I experienced something so tranquil and beautiful.

Each morning I set out before the sun, experiencing a new beauty each day. I ventured through the forests, hiked in rain and sun, walked along the beaches, explored the town, returned to the castle, and even found myself walking among the sheep and cattle at one point. My final day in Dundrum I spent my first three hours awake walking and reflecting. My mind was cleared. It was here that I discovered grace. It was here that my entire being was restored.

My adventures through the Irish countryside were only a small portion of my transformative experience in Northern Ireland. The greatest moments came during my conversations with a true man of faith. John and Jo Moxen were our hosts for the week. The first day when we arrived Jo picked us up from the airport. At the house I met John, a small man, 5’4”, with a great smile. We sat down at the end of the hall near a fireplace, and John began to ask me questions. These were not your typical “get-to-know-you” questions, but questions with depth and purpose. We sat and talked for over an hour, John sharing his story and challenging me with every word. I left that conversation excited and motivated. He told me that I should read his story, which I did in two sittings. I highly recommend checking it out it is called, He Who Gets the Vision, Gets the Job.

The next day Courtney and I spent the morning at RIOT Youth Centre (or Center for my American friends), discussing spiritual formation with a few people there. It was a small meeting of only 6 people: me, Courtney, Richie (the leader), Miriam (from the states, who actually went on a semester abroad trip with my roommate from Bethel, which was absolutely crazy!), Thomas, and Kyle (two young men from Dundrum). We had a wonderful time talking, and eating lunch together. It is always great meeting people my age who have a similar passion to serve.  When I returned from this meeting I discovered a note that said “For Michael, From John” at the end of the hall near the fireplace. Underneath I discovered a CD, a discipleship booklet, and a book, which John gifted to me to help me grow in my faith. This meant so much to me.

The following day John made a special visit to the house to meet with me. He came bearing more materials for me to study. We talked about my future, my goals, and he continued to bless me with his wisdom and humor. Later that day he gave me yet another book! I never imagined I would have such powerful meetings on this part of the trip, but I am so grateful for all that John poured into me over a few days. This meant so much to me, and these times with John will be added to my highlights from this journey.

After my long walk on the last day in Northern Ireland I headed back to RIOT for a Bible study. The Bible study turned into a time of playing games and just hanging out. After we grew tired of pool and ping-pong (I lost miserably) we sat down and began to talk. A couple of the guys had some tough questions about Christianity for Miriam and me. We did our best to answer them, and they continued to ask more and more. We were thinking about going for a hike somewhere but this time of discussion went on longer than anticipated, and it was worth every second. When Richie arrived the conversation continued, and the questions continued to come. It was great. Another unexpected blessing.

My time in Northern Ireland ended up being much different than I expected, but all that happened there has added significantly to my journey. I am so grateful for my time spent in conversation and my times of reflection as I wandered aimlessly through the countryside. Now I feel prepared to return home, to whatever lies ahead of me. I’m guessing there will be more of the unexpected, both good and bad, but I now feel prepared to take them on. As my trip comes to a close I must thank you all again for helping me to come on this three-month journey. All that I have learned and experienced goes far beyond anything that I imagined. Before leaving on this journey I kept saying to myself that I would return a changed person not really making much of it. Now I genuinely believe it. There is still much to be learned and a lot of room to grow, it is a life-long process, but I have definitely made some significant strides forward. Thank you again for your support and encouragement. I imagine that this will be my final post from this trip, but who knows, a lot can happen in the next two days before I make it home. Indiana, I will see you soon. And to my new friends in Africa and the UK, I hope to see you again, and soon.  Stay in touch. I have a feeling this is not my last journey through unfamiliar lands. This was only the beginning. 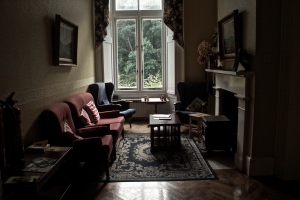 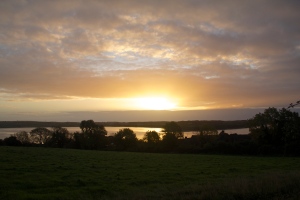 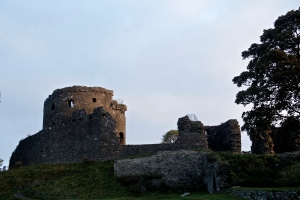 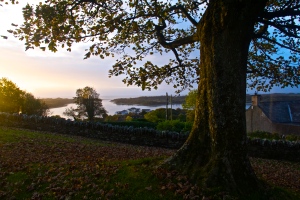 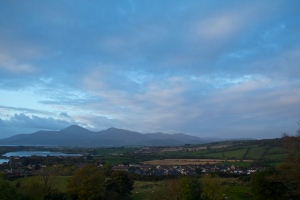 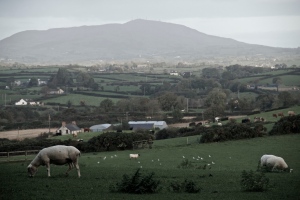 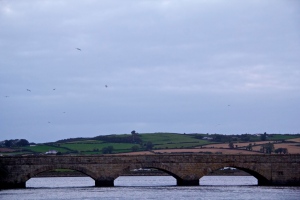